Sports competitions of all types are known for awarding trophies to the winners. College football presents a trophy each season to conference champions, bowl game winners, and of course the crystal football to the university that wins the BCS National Championship game.

But, there are some very unique game awards in the world of NCAA football that are not your typical trophies. Here are 3 of the oddest prizes handed out each year to the winner of a storied college football rivalry game.

When these two Midwestern colleges hook up for their annual gridiron wars, a unique traveling trophy will be hauled home as the spoils of victory. The University of Cincinnati and the University of Louisville, one from either side of the Ohio River, battle for the Keg of Nails.

The story goes that fraternity members from each school initiated this trophy, presented to the game winner beginning back in 1929. It was said that the victor in this bitter rivalry game needed to be "tough as nails".

Therefore, the winner of the game gets to take a full size wooden keg back to their university to put on display in their trophy case until next year's battle. While not actually full of nails, the trophy, symbolic of an old keg of nails, is one of the largest trophies in the world of sports.

In 1959 the two namesake state universities in Oregon kicked off their annual "Civil War" game. What do you get when you blend two school mascots - a duck and a beaver? Well, a Platypus of course!

The two-foot wide, 18-inch long platypus is carved out of maple wood. Since the platypus has a duck-like bill and a tail like a beaver, hence the idea for the Platypus trophy.

An odd twist to the story of the Platypus trophy is that since Oregon art student Warren Spady designed the first trophy, it has mysteriously disappeared multiple times over the decades. When it was stolen in 1962, the Platypus Trophy actually went missing for nearly 2½ decades.

Ironically, it was discovered by Spady in 1986 sitting in a swimming pool trophy case. But, before the trophy could be retrieved the facility was destroyed and the Platypus lost again.

In 2004, after a local sports article lamenting that the Civil War game between Oregon and Oregon State had no trophy, an extensive investigation started. Through some diligent detective work, the Platypus was discovered resting peacefully in a closet inside Oregon's McArthur Court and is now once again carried home by the winner of the Oregon – Oregon State football battle.

The last in our trio of odd college football trophies is actually one of the newest awards presented to the winner of an annual rivalry game. The Florida-Georgia college football competition started back in 1915, playing every season since 1926 except for one break during World War II.

Strangely enough, this storied battle between these two collegiate football giants did not have a trophy until 2009. Coined "The World's Largest Outdoor Cocktail Party" the annual game between the Bulldogs and Gators now is also known as the "War for the Oar".

Each year the winning team earns the honor of hauling a ten-foot oar back to their university student union with pride. The "Okefenokee Oar" is named for the massive Okefenokee Swamp that separates the two states and is carved from a 1,000-year-old cypress tree taken from the swamp.

So, while game winners and champions are often presented with a statue like trophy to commemorate their victory, the Keg of Nails, Platypus Trophy and the Okefenokee Oar are three of the most interesting treasures decorating the victor's trophy cabinets, signifying triumph in an annual collegiate gridiron struggle.

For more information on unique trophies and awards, ask a local supply store like Washington Trophy Center or another location. 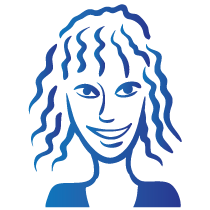 I love that all three of my kids are very interested in sports. What I don't like is that they are all interested in different sports. All of those sports last throughout the year and I don't get much of a break from running them around and going to games. I also have to spend the money on all sorts of gear and equipment to help them play their best. I created this blog to help other parents footing the bill for kids that are interested in multiple sports. You will find tips for saving money on the stuff they need and advice for storing it all out of the way.